The State of Sikkim is legendary for its peaceful nature and simplicity. No wonder Sikkim is a bio-diversity hotspot; the state constituites only 0.2percent of the area of India but has 26 percent of its biodiversity species of flora and fauna, wild animals like marmots and the red panda, a wide range of flora from primulas to orchids. More then 580 varieties of orchids, over 600 species of butterflies, 552 species of birds can be found in Sikkim. The pristine unspoilt natural beauty includes alpine landscape, thick luxuriant tropical forest, rivers in torrents and peaceful lakes. Sikkim has a very rugged and formidable topography.

Sikkim was earlier a protectorate of India with a monarchy Government but in 1975 it metamorphosed as the 22nd state of the Indian union. All though Nepali is the most widely spoken language in Sikkim, everyone seems to know Hindi and English. In spite of rapid development, Sikkim continues to be a small place and everything about it is simple.

Top Places to Visit in Sikkim

A lake at 3753 meters impossible you will say but it is a fact. Changu Lake is 38kms from Gangtok and is situated on the Gangtok Nathula High Way which forms a part of the old trade route from India to China. Before 1962, caravans of mules carrying goods used to ply on this route.

Changu Lake is cool placid water lake that harmonises with the scenic beauty around. A small temple of Lord Shiva is constructed on the lake side. Primula flowers and other alpine vegetation grow around the lake. During the winter months the lake becomes frozen. During the olden times lamas used to study the colour of the water of the lake and forecast the future. If the waters of the lake had a dark tinge it foreshadowed a year of trouble and unrest in the state. The lake has a few rainbow trout and if you are lucky you may catch a glimpse of them.

This temple lies on the road between the Nathula and Jelepla Pass. There is a touching story behind the establishment of the temple. Harbhajan Singh was a soldier in the Punjab Regiment. In October 1968 while escorting a column of mules carrying provisions he fell into a stream and drowned. A few days later he appeared in the dream of a colleague and expressed a desire that a monument must be built in his memeory. His colleagues in the regiment considered the dream to be auspicious and felt that if they fulfilled his desire he would protect them from aggression and mishap. The temple was built and has over the years acquired the status of a place of pilgrimage. Visitors leave a bottle of water which they then arrange to collect a few days later. It is said that drinking the water is wish-yielding.

Nathula at 4320meters (14400ft) remained as the major Pass connecting Sikkim to Tibet till 1962. It was through this pass that trade between the two countries used to be carried out with trains of mules carrying wool, gold, rock salt and borax and taking back essential items of daily use from India. The Chinese soldiers are also visible a few metres away from the barbed wire that makes the border between the two countries. An engraved stone also known as the Nehru stone marks the visit of the Late Prime Minister of India Jawaharlal Nehru to Nathula in 1958. The Nathula border was quite during the Indo China war in 1962. In 1967 there was a major confrontation in which many lives on both side lost. A memorial has been built in honour of the Indian Soldiers who lost their lives in this battle. The trade route through Nathula was reopened on 6th July 2006 for a few items. The Nathula Pass can be visited by Indian tourists only on selected four days a week.

Pelling is a town in the district of West Sikkim, India. It is nestled at an altitude of 2,150 m (7,200 ft). The town is located at a distance of 10 km from the district headquarters of Geyzing. Pelling became a famous tourist destination for its magnificent snow caped mountain views. Apart from Mount Kanchenjunga, Pelling provides some of the best views of other mountains like Kokthang, Rathong, Kabru Dom, Shimvo and siniolchu all over 20,000ft. Pelling is an ideal place for tourist, situated on top of the ridge overlooking valley and mountains.

Namchi is situated at an altitude of 1,675 m (5500 feet) above sea level and is a dristic head quarter of South. It is situated at a distance of 92 km from the state capital Gangtok and is fastly emerging as a tourist destination. Set in a picturesque location, Namchi offers an unmatched view of the Khangchendzonga Namchirange and the Rangit valley.Here you can visit the Sherdup Choeling Monastery and the Dichen Choeling monastery. Around two km from Namchi is the old Ngadak monastery which is now being renovated. Situated on a hill just above Ngadak monastery is the very attractive Rock Garden, which is full of rare flowers and plants and also offers breathtakingly beautiful views. Namchi hosts the very popular Namchi Mahotsav, a Tourism, Culture and Food Festival, every year in October. A flower festival is also held annually.

The tranquil little village and surrounding of Yuksom offer ample opportunity for experiencing the history of Sikkim. Yuksom is situated 119kms from present Capital Gangtok and 34kms from Pelling. It is a large village with a total area of 812.16 hectares (2,006.9 acres) situated at an average altitude of 1780 m.

Gangtok is the capital and largest town of the Indian state of Sikkim. Gangtok is located in the eastern Himalayan range, at an altitude of 5,800 feet (1,800 m) and covers an area of 2.54 square km. The town's population of 98,658 belongs to different ethnicities such as Nepalis, Lepchas and Bhutia, Gangtok is at the centre of Sikkim's tourism industry. In 1894, Thutob Namgyal, the Sikkimese monarch under British rule, shifted the capital from Tumlong to Gangtok, increasing the city's importance. A new grand palace along with other state buildings was built in the new capital. In 1975, after years of political uncertainty and struggle, including riots, the monarchy was abrogated and Sikkim became India's twenty-second state, with Gangtok as its capital after a referendum.

By Air : Bagdogra near Siliguri, 120 km from Gangtok is the nearest airport to the state. Another special Helicopter service has come up in Bagdogra for reaching Sikkim .You can use this service once in a day and four people are allowed at one time.

By Train : The nearest railhead to Sikkim is in New Jalpaiguri near Siliguri at a distance of 117 km from Gangtok.

By Road : National Highway no. 31 serves as a connecting link between the state capital Gangtok and Siliguri. Gangtok is also well connected to Kolkata (721 km) and Darjeeling (139 km) with a good network of roads. There are regular buses plying between Siliguri to Sikkim and vice versa. Tourists can reach various towns of Sikkim through easily available cabs/taxi. 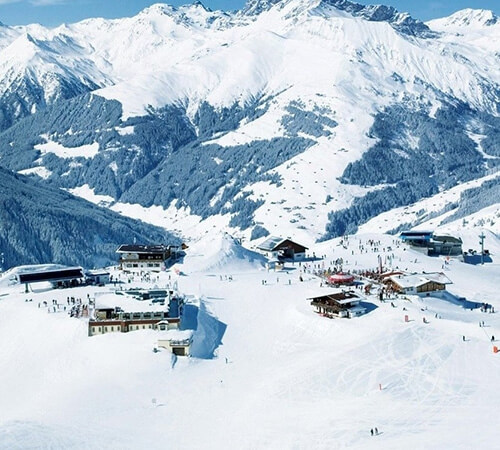 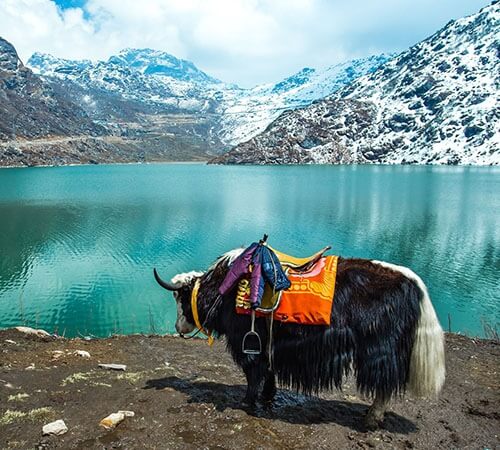