The landlocked country of Bhutan is one of the happiest countries in the world. It is the land of rich cultural heritage and prismatic beauty. Comprising of several monasteries, fortresses and exotic landscapes this country is a must visit. Popularly known as the Last Shangri-La, Bhutan boasts of its unique philosophy of ‘Gross National Happiness’. With its wide array of opportunities and experiences this place is an absolute delight for tourists of all kind.

Top Places to Visit in Bhutan

Paro Taktsang or rather the Tiger’s Nest is one top tourist destinations in Bhutan. It is an architectural marvel set amidst a beautiful backdrop. People believe that the legendary Guru Rinpoche flew to this place on the back of a tigress, and hence the name Tiger's Nest.

Also known as Paro Dzong, Rinpung Dzong is one of the finest examples of Bhutanese architecture. The dzong is also host to the annual festival Paro Tshechu. Besides being a holy site in Paro it is said to offer with spectacular views of the Paro Valley and Paro Chhu River.

Perched at an altitude of 13,000 feet, Chele La Pass is one of the highest motorable road pass in Bhutan. It is known for the splendid Himalayan views of Mt. Jomolhari which is considered to be a sacred peak in the country.

Situated in Thimphu, Buddha Dordenma is a 51 metres tall statue of Buddha. It is made up of bronze and is plated in gold. The Buddha Dordenma Statue is one of the largest Buddha stupas in the world.

Also known as the Thimphu Chorten, it is one of the tallest monuments in Thimphu. Tourists from all over the globe visit this place to behold the beauty of its marvellous architecture. The Memorial Chorten was built in the honour of Jigme Dorji Wangchuck, the third King of Bhutan.

It is one of the protected areas in Bhutan where one can spot the national animal of Bhutan, Takin. Originally it was a mini zoo but was later converted into a wildlife preserve.

It is the second oldest and second largest dzong in Bhutan. The Punakha Dzong is situated at the confluence of Pho Chhu and Mo Chhu Rivers in the Punakha Valley. Standing at an altitude of 1200 meters this place cannot be missed when in Bhutan.

Talk with our Travel Experts! 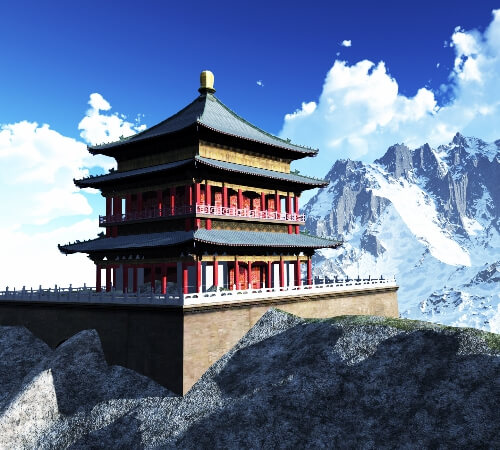 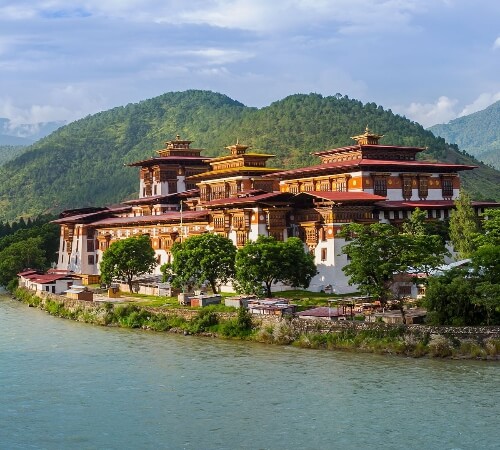 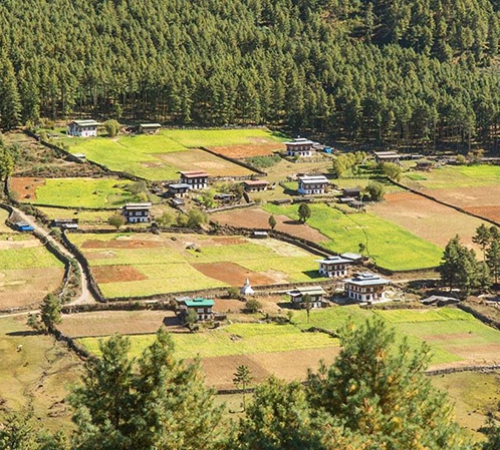